Safewords are a funny thing. Pretty regularly you’ll see “It’s ok to safeword” on twitter, blogs and all of the places we collectively go to read, write and interact. This is critical, important, and something too many people consider leaving out of a D/s or kink scene. Beforehand, it’s easy to be swept up in the draw of a scene, or a relationship, or both.

But, in the heat of the moment, that’s NOT the time to be calling out “zucchini fries!!!!” at the top of your lungs, thinking it’s your safeword. Get that stuff established at the onset.

For us, we’re in that tempting zone. That space where you can see people say “well, we’re a long-term couple, we don’t need a safe word” or “I trust (her) completely with me, I don’t need a safeword.”

I’ve full-out safeworded once. We have the boring “Green, Yellow, Red” system – but that middle “yellow” has been as important to have as Red, it’s been a safety that says “hey, you know this situation is super intense for whatever reason – just a heads-up…”

The reason I’m even writing about all of this “no shit, sherlock” need for safewords is two-fold. First, “RED” is the Wicked Wednesday prompt, but second, because it immediately had me thinking about how important the whole thing is.

I’ve used yellow a few times- it’s just a thing of indicating that is more intense than maybe it was last time, or more rapidly escalating than it did last time, or unexpectedly at the hairy edge of causing a problem.

This is so important to share with the person you’re with. It gives them a critical heads-up that they should watch even more closely, should be aware that things are really piling on, that things are moving past intense to … whatever that next level is.

I’ve come to be a little fascinated by yellow. Most of the time, it passes in a flash. Probably 99% of the time. Your body and brain clash, you feel the overwhelming sensation or whatever and your brain just kind of screams out “oh hell no!” and “Yellow” quickly follows.

Learn these. Is that a bad sensation or is it a surprise? The reason I ask is because … if it’s within the bounds of limits that we’ve agreed to, and it’s super intense, your body may adjust. Or you may need that Yellow to re-jig your thoughts on “hey, that’s not so bad” or “whoa, that was too much…”

But red? Like I said. Red has been used once. Charmer has my back 100% of the time, and the odd thing was, we weren’t even at a place we hadn’t been before, that we hadn’t been beyond before. But something in me just screamed that I needed to stop. She stopped in a flash, checked in with me, and we reset mentally, physically. I’ve never felt bad about it at all, and the key thing is this:

Safewords are important for that very reason…

Never, ever play without a safeword. Just set it up. Know it. Know that it’s ok to use it. And explore where those lines are. Explore what pushes those buttons, and have fun. 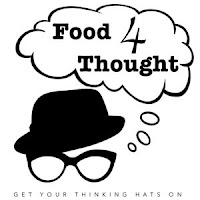 15 Replies to “Of Safewords and Overload”